For White Night in Brighton I was invigilating Alex May’s work at the Phoenix Gallery. The exhibition, titled Like Shadows: A Celebration of Shyness, was exploring ideas of participant interactivity and the different levels of participation people are willing to get involved in.

Interestingly enough I agreed to invigilating when slightly tipsy, and when I actually thought about it, I was nervous that I would be expected to force people to interact and generally be a pushy invigilator. Luckily this was not the case. Alex’s work, was a kinect sensor which sensed the persons shape and projected it as a colour onto the wall, with a dripping paint effect, the shape became more solid the longer that the person stood there.

It was a contemplative piece of work, which gave the viewer a chance to stop and and see the work take shape right in front of their eyes. It was quite a romantic piece of work with sad, solo silhouettes being joined by others as time went on, only to drip away and leave a smudge as the only trace that anyone had been there.

As the night went on, and the drinks flowed, it was amusing to see people come in and run in front of the sensor expecting an immediate result. At one point we also spelt out YMCA…….. 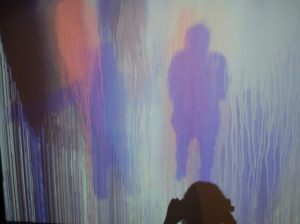 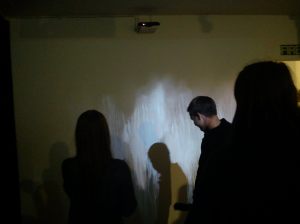 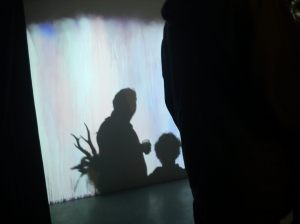 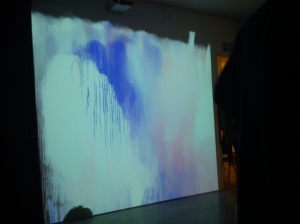 I have been thinking of using PIR (Passive Infrared) sensors for a future project, where I plan to project images onto a photo album and have the images change when the pages are turned, this is the photo album: 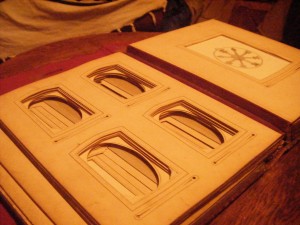