I have just finished an intense  3 weeks as Curator in Residence at the Community Arts Centre, Brighton. Despite a few suggestions against it I decided to start off the 3 weeks myself and invited two artists, whose work I admired and felt could benefit from the space and bring something different, to each have their own week. As I may have previously explained, the Work Programmes at CAC begin on the Monday with the ceremonious handing over of the keys to the artist and finish with an exhibition on the following Saturday.

I am particularly in love with the space and the freedom and inspiration that it provides and enjoy the thrill on a Saturday night of wondering just how differently people will interpret it. As I had already done a work programme last year (click here to see images from the previous year) I was quite apprehensive about how I would interact with the space this time, I was concerned that I would end up repeating things from last year and that it would pale in comparison. In actual fact I did end up mirroring (literally) certain things from the previous year as it felt like a progression of ideas in each room.

Whereas last year I had a physique bodybuilder performing, this year I performed myself. Following on from the confidence I had gained during the LADA workshop the previous week I knew that it had to be me and although this proved to be an extremely daunting experience, and in the week leading up to the exhibition and I constantly questioned if I was making massive mistake, but no matter how nervous I got I knew that there was no way that I wasn’t going to do it. Painting my nails pink, getting a spray tan, putting on the wig and then finally the bikini I covered up the ‘me’ aspects so that all that was left was my physical form, which could be any successful white body in terms that it is healthy, physically able, well nourished, not obese etc. 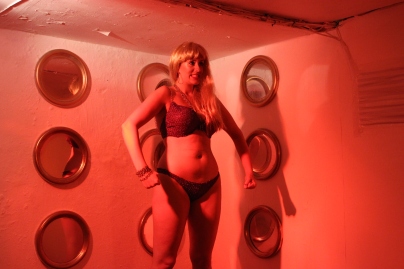 The performance itself took place over two hours and the audience where invited in for a one-on-one experience. My boyfriend was the bouncer on the door making sure that people waited their turn and I quite like the connotations that go alongside him being the one who allows others to look at me, there’s a kind of pimp dynamic and once inside the room has red lighting and a golden throne chair for the viewer to sit on, making it almost a peep show or lap dance type environment. The emphasis wasn’t on the sexual however, with farcical exaggerations of grandeur such as the ‘gold’ jewellery I was wearing, the clearly not my own hair blonde bombshell wig, the idea was more towards the failure of sexiness. I don’t have abs, so I had drawn them on with eyebrow pencil, I don’t have large bicep muscles so the bodybuilding poses that I was mimicking were exactly that, a mimicry, a parody or poor copy. The fake smile (which I almost lost quite near to the start due a twitching cheek muscle!) and everything about the performance was essentially fake. 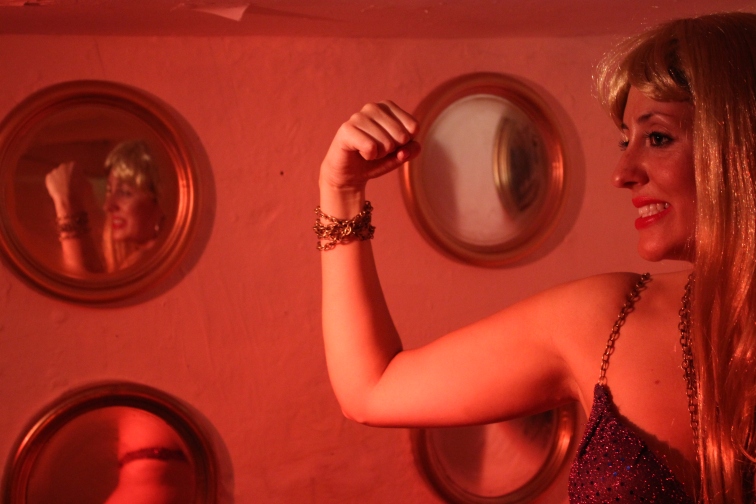 For this years Brighton Digital Festival I took part in Bring Your Own Beamer at The Corn Exchange. I was one of about 20 artists who were selected to have fixed installations at the show whilst in the middle of the venue the usual brining of your own beamer took place.

I exhibited my M E N projection mapped project, initially created for my MA show and shown also at my first solo show at Community Arts Centre. I particularly enjoyed displaying this piece in the Regency surroundings of the corn exchange and opted to display the work under the watchful eye of a giant ornate mirror. Mirroring (ha!) the reflective plinths that I used in my first showing of this piece. 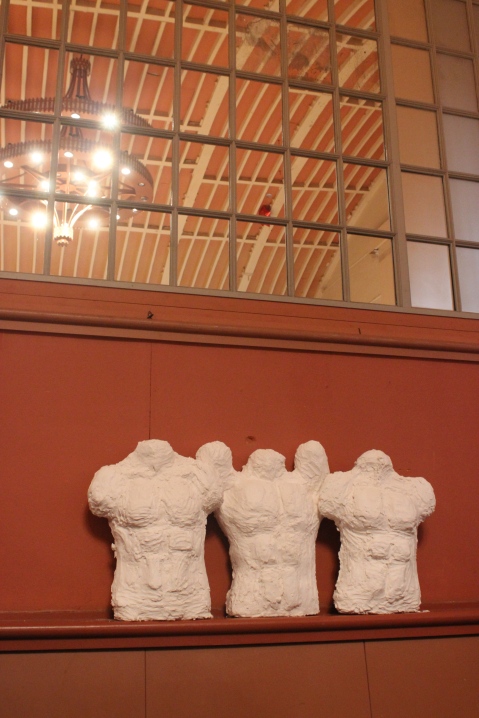 As part of the exhibition Glitch moment/ums at Furtherfield Gallery an online exhibition 0P3NR3P0, is asking for glitchy submissions.

I submitted the film below. It was originally made to be projected in to a book (this project is still under construction and will be in an exhibition in September so more info to follow) and consists of male bodybuilders trapped in their little boxes, forced to consistently perform their poses for the viewer.

My tutor Alex May (whose software Painting with Light I used for my film above) is also exhibiting:

Another favourite of mine from the online submissions was the one below by Lisa Cianci:

I hope to visit the full exhibition before it finishes on the 28th of July, but lets get this MA show out the way first!

A couple of weeks ago we had a day at uni with Alex May working with Glitch Art.  To explain I’ll use wikipedia’s definition: Glitch art is the aestheticization of digital or analog errors, such as artifacts and other “bugs”, by either corrupting digital code/data or by physically manipulating electronic devices (for example by circuit bending).

Starting with taking .jpg images we opened them in text editors and then messed around with the content, for examples adding random letters or symbols or deleting large chunks of the existing text. 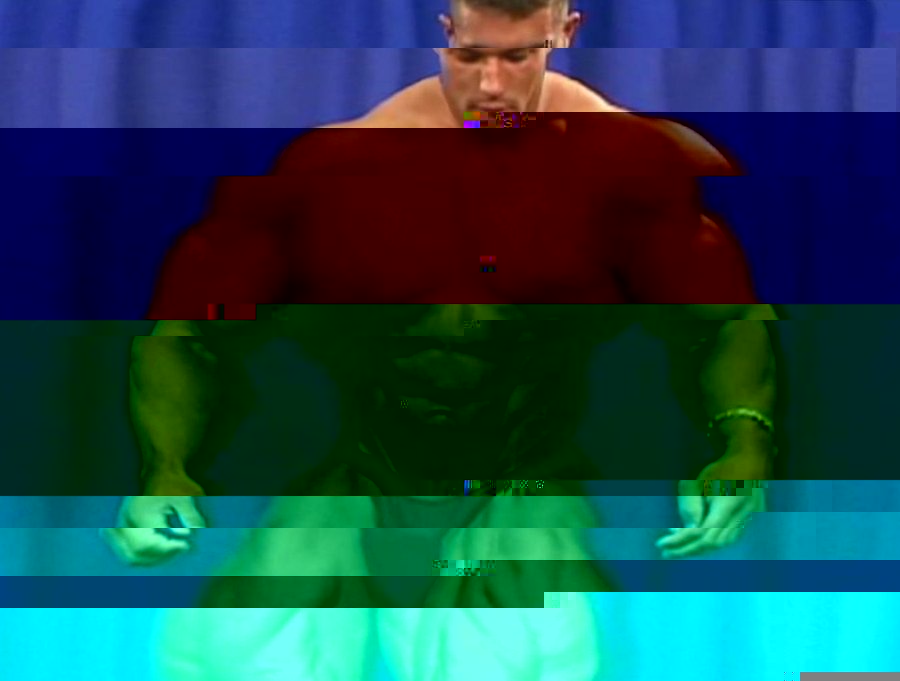 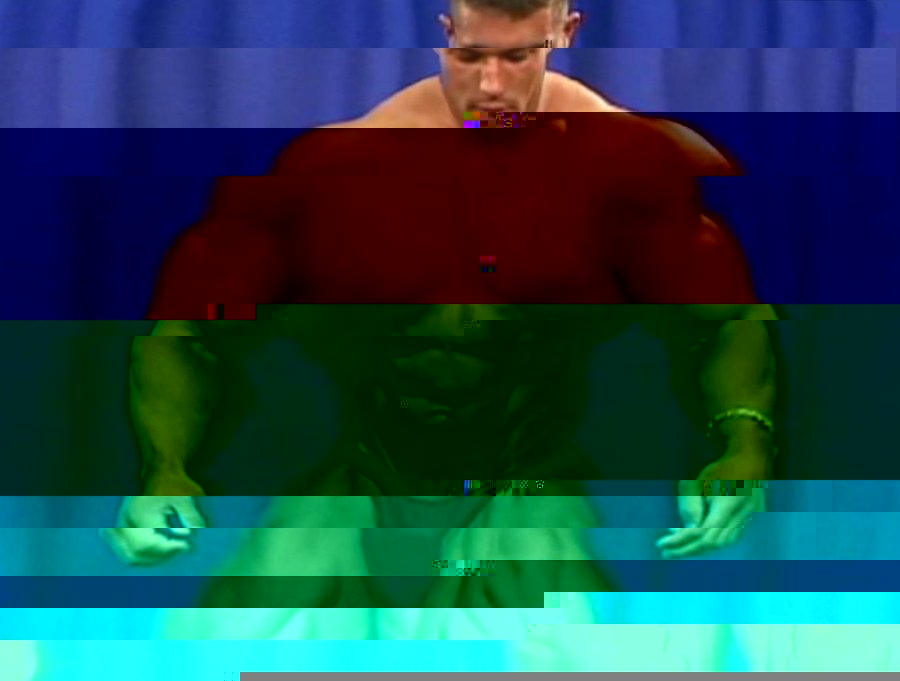 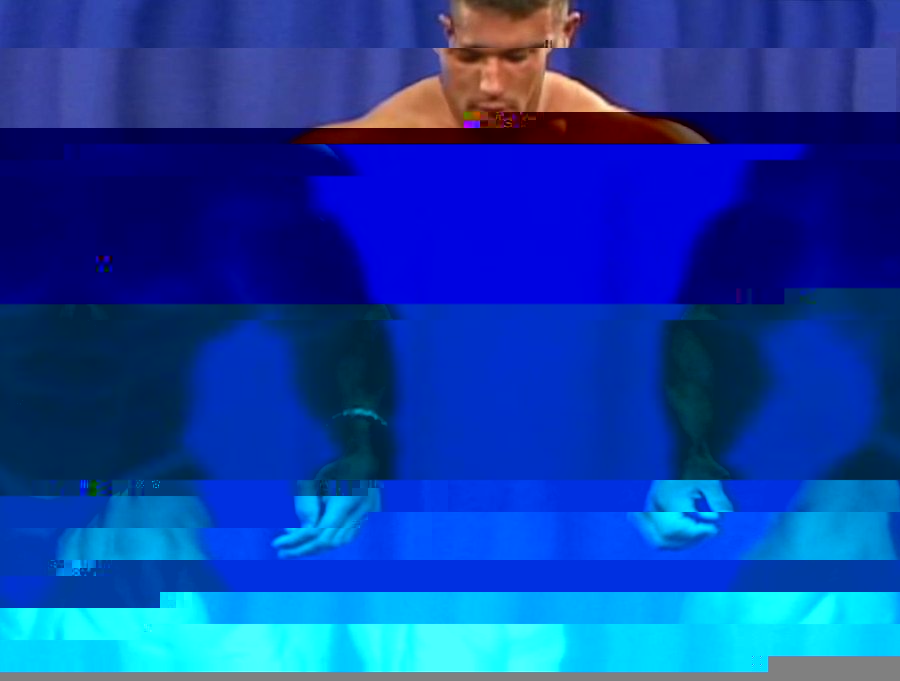 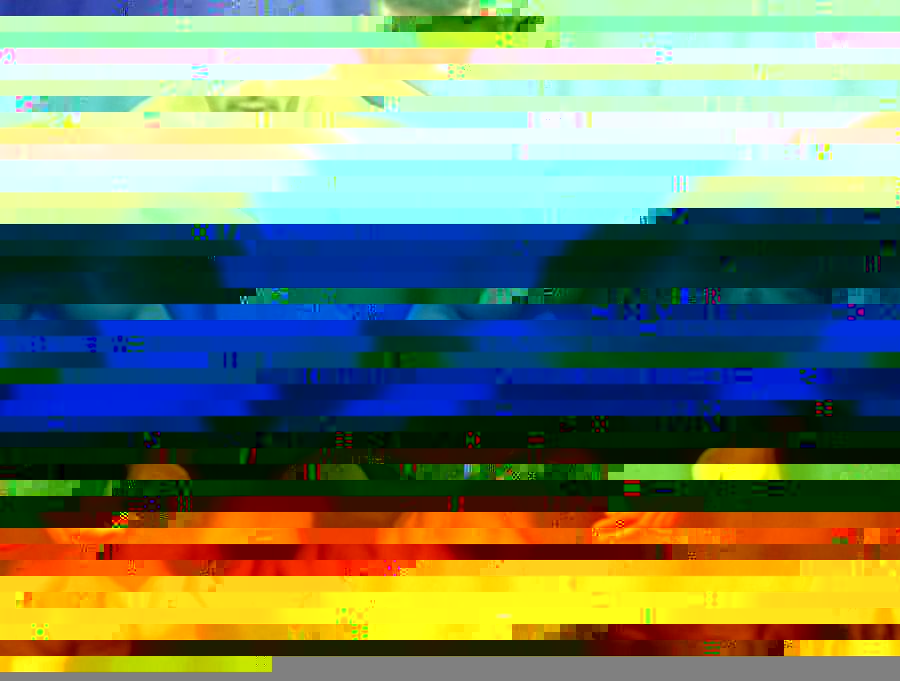